Nevada Exploration Inc. (“NGE” or the “Company”) (TSX-V: NGE; OTCQB: NVDEF) is pleased to provide its stakeholders with an update on its June 2019 exploration activities.  Since beginning its 2019 field program at South Grass Valley (the “Project”), the Company has completed drill hole SGVC009 to a depth of 621 metres, and is now drilling hole SGVC010, which is located 500 metres northwest of SGVC009.  Preliminary logging has confirmed that the significant Carlin-type geologic features seen in NGE’s earlier drill holes extend northwards beyond the limits of the Phase 1 drilling area, and has established that the bottom of SGVC009 contains the most intense multi-phase silicification and secondary pyrite seen to date at the Project.

Discussing the ongoing drilling, Wade Hodges, NGE’s CEO: “We’re off to a great start.  Our Phase 1 drilling established we have a large Carlin-type hydrothermal system at the Project, along with a characteristic gold and pathfinder budget.  The next step in systematically advancing and derisking the Project is to establish places where geologic conditions may have provided suitable catalysts, or controls, to focus the deposition of gold to form higher grades.  Not only did SGVC009 bottom in the best-looking rocks we’ve seen so far in terms of the type and degree of alteration they contain, importantly, we’re also now seeing abrupt transitions in alteration minerals and textures coincident with abundant secondary pyrite veining, which are indicative of the sorts of rapid changes in solution chemistry that are often associated with zones of efficient gold deposition.  With such positive encouragement from SGVC009, we’ve stepped to the north again with SGVC010, and this time will be working hard to get the drill hole deeper to collect more information from these highly prospective units.” 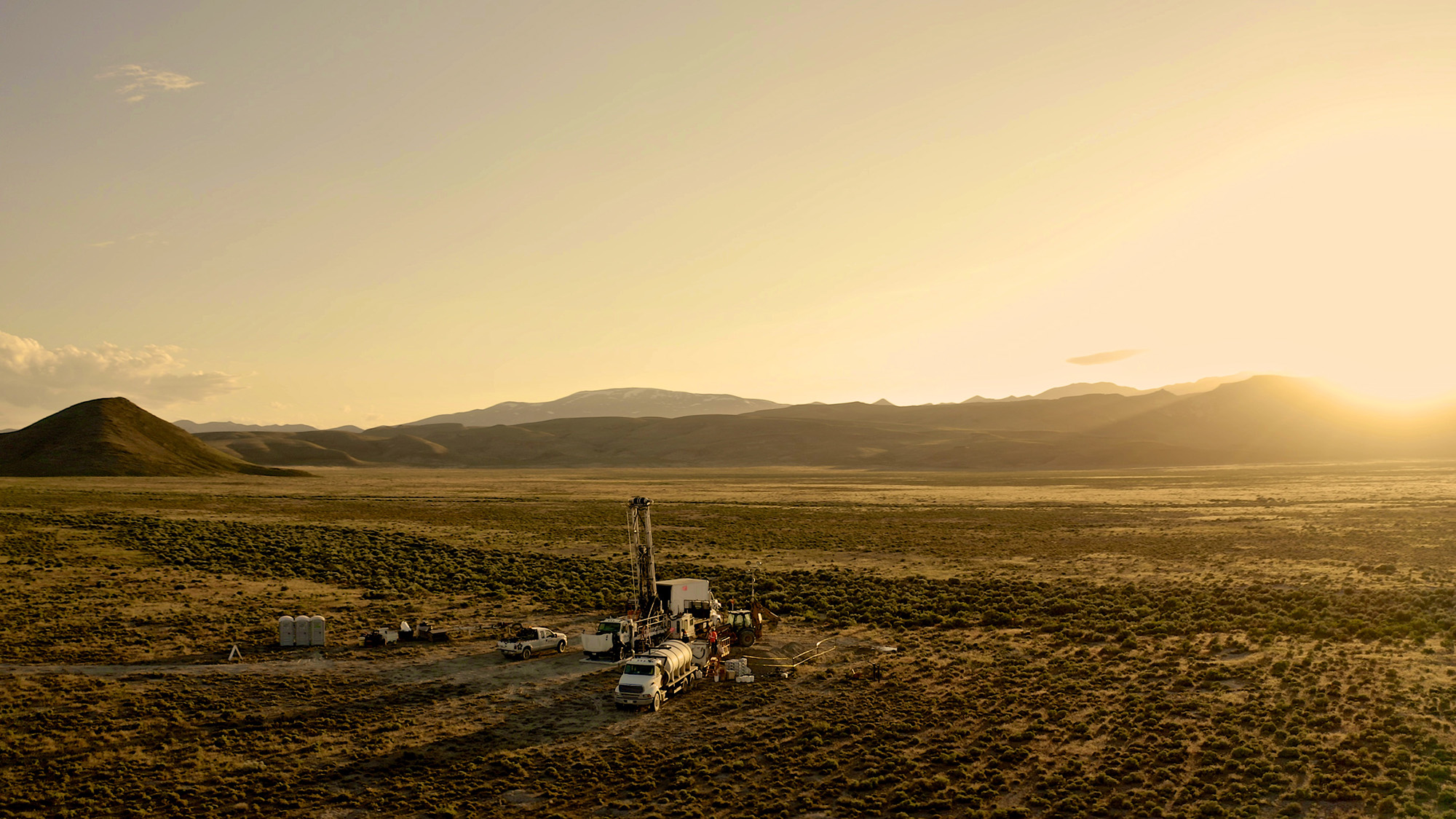 As described in more detail in the Company’s news release dated May 16, 2019, based on the results of Phase 1 drilling, NGE has built a geologic model that domains the Project into smaller target areas, and suggests significant potential to identify additional targets.  Driven by this model, NGE’s plan for its current phase of exploration is to use a combination of diamond core drill holes, reverse circulation drill holes, and soil sampling to add geologic, geochemistry, and stratigraphic information, both within and beyond the limits of its recently-completed Phase 1 drilling program, with the objectives of: (1) establishing the extent and size of the mineralized Carlin-type hydrothermal system at the Project; and (2) prioritizing targets for infill drilling.

Drill hole SGVC009 is located 600 metres north of the northernmost Phase 1 drill holes, beneath coincident gold-in-groundwater and mercury-in-soil anomalies along the NNW projected extension of the Carlin-type system discovered during the Phase 1 program.  SGVC009 entered lower-plate bedrock at 412 metres, consisting of interbedded finely laminated mudstone and limestone units of the Roberts Mountains Formation, beneath a sequence of alluvium on top of tertiary-aged ash-flow tuff, mudflow breccia, and other ash-fall sediments containing highly silicified boulders likely derived from nearby source areas.  Beginning at a depth of 487 metres, these lower-plate units exhibited increasingly argillized, bleached, and decalcified thinly laminated silty limestone indicative of vertical chemical zonation, which at 570 metres abruptly transitioned to abundant black sooty pyrite, brassy late-stage pyrite blebs, and stringers contained in a vuggy, shingle breccia texture showing increasing silicification with depth, supporting pronounced vertical zonation.  Importantly, the pyritic silicification is accompanied by volume loss, which is commonly associated with gold mineralization in Carlin-type gold deposits. Silicification and secondary pyrite continued to increase in intensity with depth; however, due to challenging drilling conditions, on day 32 of drilling SGVC009, NGE was forced to abandon the hole at 621 metres.  Based on early logging, the sooty pyritic silicification seen at the bottom of SGVC009 is similar to that seen in the bottoms of holes SGVC002, SGVC004, SGVC006, and SGVC007, which together now cover an area measuring more than three kilometers in strike.  All SGVC009 core samples have now been submitted for assay.

Following up on the notable increase in silicification and secondary pyrite seen towards the bottom of SGVC009, at the northern limit of the holes drilled to date, NGE moved another 500 metres to the northwest for drill hole SGVC010.  To avoid the drilling challenges encountered in SGVC009 and maximize the odds of completing SGVC010 deeper into the prospective stratigraphy, NGE has cased SGVC010 down to 323 metres, into what is believed to be the start of the lower-plate units, and is now continuing to core drill the hole.